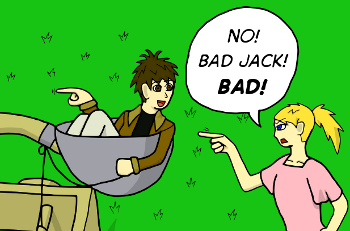 The most valuable word in the Cloudcuckoolander's Minder's vocabulary is "No".
"I won't pretend I don't remember how unusual we were
The little mystic, and his handler. All some children do is work."
— Dessa, "Children's Work"
Advertisement: