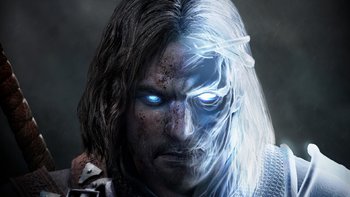 Talion and Celebrimbor: together, they're the biggest headache Sauron ever had.
Advertisement:

When a demon (or any other invading, mind-controlling force) possesses someone, it can get pretty nasty. The host will have no control over their actions, they'll be forced to do the demon's bidding, or even fight their former friends. It's not a pretty picture...

...unless the demon and its host are pals.

Sometimes a demon, spirit, or any other entity that is forcefully placed into someone's body (willingly or otherwise) befriends its host, and they form a symbiotic, mutually beneficial relationship. Maybe the demon lightens up a bit once his host befriends him. Maybe he realizes that humans in general are all around good creatures that should be befriended, not taken over. Maybe he's not fond of his host, but there's a greater threat that can't be conquered unless they combine their efforts. Maybe he was never evil in the first place, and after being crammed into someone's body against his will, he felt that he might as well make friends with his fellow captive. Maybe they're both evil, and they realize that two evil heads are better than one.

Whatever the case is, the two become less of a parasite and host, and more like two allies in one body. They view each other on equal ground and are willing to pass control of the body between each other when the situation calls for it.

Compare Willing Channeler, when the host willingly accepts the demon into his body in the first place and Heroic Host where the partnership grants fantastic ablities. Contrast with Demonic Possession, when it certainly isn't a fair relationship, and Sharing a Body, for when it's two people in the same body, and not a possessor and a host. Might overlap with Monster and the Maiden, if the host is female and the entity possessing her is male/masculine.

She resides inside Jesse like the Hiss do inside their hosts, but unlike them and the Dark Presence, she's benevolent, protects Jesse, grants her supernatural powers, and counters the Hiss.

She resides inside Jesse like the Hiss do inside their hosts, but unlike them and the Dark Presence, she's benevolent, protects Jesse, grants her supernatural powers, and counters the Hiss.