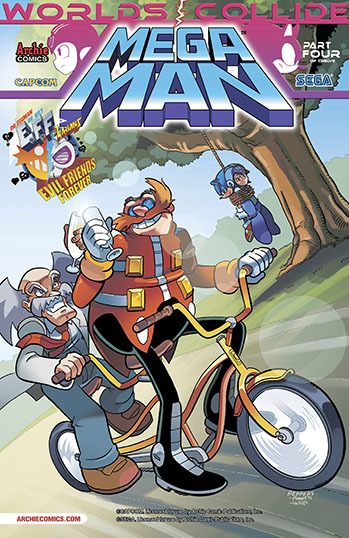 Proof that two wrongs can just feel right.
"Sardu and Ralphus have a... special relationship. Sardu doesn't spend the movie yelling at him or belittling him like in movies such as The Body Shop, in this one it seems like they're friends."
— The Cinema Snob, on

But what if the two are actually friends?

It's not too much of a stretch, when you think about it; who does the Big Bad always have at his beck and call to talk out his issues and hang out with? His Dragon. After spending so much time together, the two may form some kind of a bond, whether it's just a matter of Emperor Nefarious wanting to know how Zartok the Destroyer's wife and kids are, or if the two are True Companions, sticking out for each other to the end. Neither one necessarily has to be a good person; sometimes they're both Affably Evil, other times the Big Bad cares nothing for any of his troops except for his right-hand man. Some times Birds of a Feather is in full-on effect; the two villains get along well exactly because they are both terrible, opportunistic people, who share similar ambitions of oppressing and harming the ones they see as their lessers. This relationship often comes in two varieties: either they both care for another, or the relationship is only one way.

Compare My Master, Right or Wrong, Evil Is One Big, Happy Family, Criminal Found Family, and Unholy Matrimony. It's often between a pair of Bantering Baddie Buddies. A subtrope of Even Evil Has Loved Ones and Even Evil Can Be Loved. Contrast The Starscream. May result in Moral Myopia if they condemn heroes for doing the same things as themselves. For characters who don't get along, it's Headbutting Heroes.

In the new timeline, Bryce Tankthrust and Bobby Worst are besties.

In the new timeline, Bryce Tankthrust and Bobby Worst are besties.