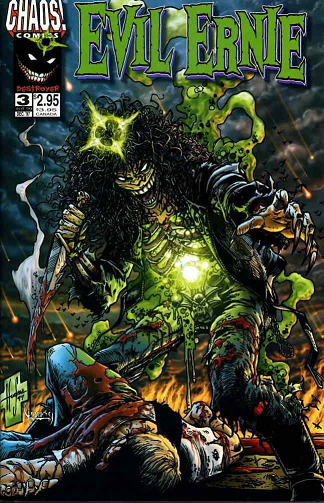 Evil Ernie is a comic-book series created by Brian Pulido and Steven Hughes, and originally published by Eternity Comics before moving to Chaos! Comics and later Devil's Due Publishing. The property was then acquired by Dynamite Entertainment and rebooted with a six-issue miniseries by Jesse Blaze Snider in 2012.

Ernest Fairchild was originally a young boy with the power to draw events that would later become reality. Stuck in a family with abusive parents, Ernest had a vision of Lady Death, who promised to love him forever if he wiped out all life on Earth. And thus began the rise of Evil Ernie.