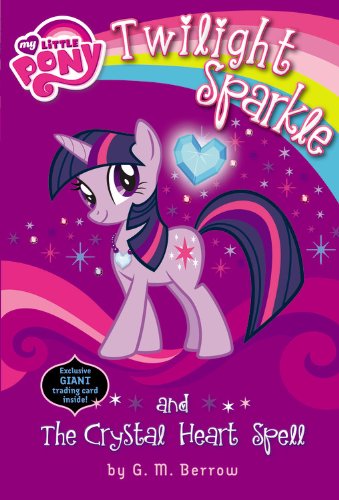 The first officially licensed My Little Pony: Friendship Is Magic chapter book and the first in a series by G. M. Berrow, and part of the overall My Little Pony (Generation 4) universe. it is placed just after the end of season three and explores Twilight Sparkle's reactions to becoming a princess, and Cadance's own struggles with the same. Done in the style of a typical episode, with a fairly standard plot line and a surprising amount of Worldbuilding for a children's book.