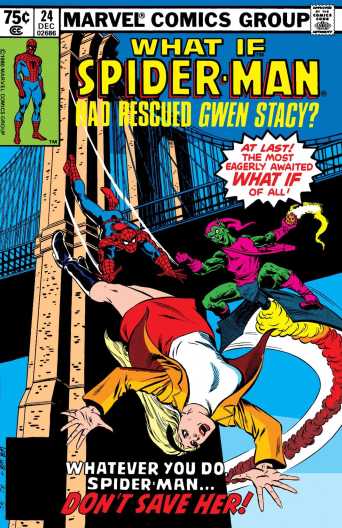 Congratulations! After plenty of hype aversion and general laziness, you finally decided to check out that series everyone's talking about. You go to the store, buy the first season, set up your Blu-ray/DVD player, turn on the TV, crack open the case and...

... wait a minute. Isn't that a commercial for the latest season? Why is the first season's ruthless and merciless Big Bad being all friendly with the main protagonists? You mean he's going to turn good?!

Feeling annoyed that a major event has just been spoiled for you? Irritated? Enraged? Too bad, because other fans, and apparently the advertisers, all agree it's your own fault for not being aware.

A Late-Arrival Spoiler is when a particular revelation in a current work is spoiled by official sources and merchandise. This could be due to a number of factors, like the toy division making an action figure of one of the heroes post-Face–Heel Turn, or showing them off on the front cover. In any case, it all boils down to being spoiled because you started too late. Hence, it's a late-arrival spoiler.

Sometimes, it is hard to avoid this in shows that feature major changes in setting and cast line-up that hinge on major plot twists in previous seasons. For example, the Season 1 big bad is a major player on the good guys' side in Season 4. How exactly are you going to hide that in promos just for the sake of not spoiling the people who haven't watched Season 3 yet? Also a frequent problem in longrunners and multi-volumes where the story unfolds over a long period of time.

This may also manifest when publication is not simultaneous across different places, usually between countries (for example, a movie is released at X day in the United States and X+Y day in Europe, or a comic book or animated series is not published or aired in a certain country until it's translated to the local language). Once the work is available to the public at the source country, all official sources and related business may consider that it's fair game to consider that the audience has already seen it, and proceed to sell the "Luke, I Am Your Father" T-shirts.

With the rise of the Internet as social media users, online forums and review websites all clamour for hits & attention, the unwritten rule has become that if you can't consume a piece of media upon the first release anywhere in the world then you should stay offline or accept the risk of being spoiled and change your browsing habits accordingly.

If the spoiler in question is common knowledge to people in general, then it was his sled. See Popcultural Osmosis for cases when the reveal is included in modern and more popular works, such as adaptions or parodies.

Compare Spoiled by the Merchandise, Trailers Always Spoil, Spoiler Cover and Spoiler Title, when the plot is spoiled before the fans even get their hands on the product. See also First-Episode Twist and Mid-Season Twist. Can often overlap with a Walking Spoiler, when a work is difficult to discuss in future installments without knowing any type of spoiler from the one before.

For obvious reasons, all examples contain spoilers, so they will be unmarked.

One of the plot twists (of many) of the film Coco is that Dante was actually a spirit guardian rightfully guiding Miguel and HÃ©ctor to each other. After Miguel's declaration, Dante officially becomes an alebrije! However, when Un Poco Loco reappears in an updated version of Mickey's Philharmagic, Dante is shown flying about in his true colors. Probably because most of the people watching the 4D show have likely already seen Coco.

Alternative Title(s): You Should Know This Already

One of the plot twists (of many) of the film Coco is that Dante was actually a spirit guardian rightfully guiding Miguel and HÃ©ctor to each other. After Miguel's declaration, Dante officially becomes an alebrije! However, when Un Poco Loco reappears in an updated version of Mickey's Philharmagic, Dante is shown flying about in his true colors. Probably because most of the people watching the 4D show have likely already seen Coco.