Literature / Zendikar: In the Teeth of Akoum 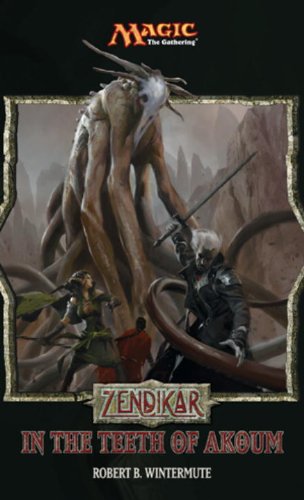 The tie-in novel for Magic: The Gathering's Zendikar block is In the Teeth of Akoum, by Robert Wintermute. It follows Nissa Revane

, and Anowon, the Ruin Sage

as they quest to the Eye of Ugin

to seal away once more the menace of the Eldrazi.

In the Teeth of Akoum provides examples of the following tropes: