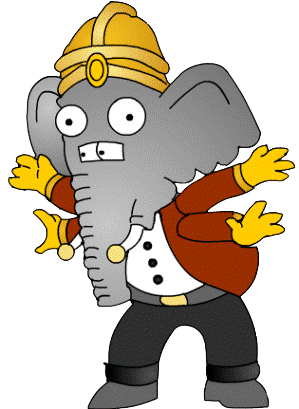 A God Guise is a character pretending to be a supremely powerful being, or who is somehow mistaken for one. If the deception is intentional, this is almost always done to influence someone's actions. After all, who but a Nay-Theist would dare to refuse a directive from a god?

The God Guise can be carried out in a variety of ways ranging from good use of a Convenient Eclipse, a fancy costume with special effects, to an impressive display of Magic from Technology. Less gullible victims might issue a God Test to challenge the pretender's claim to divinity. Such people should be careful, however, as while the character might not actually be a god, they may possess the raw power to at least do a bit of smiting. Indeed, a Physical God who isn't technically a god but still pretends to be one would still count under this.

A common way to invoke this trope is for the characters to run into a Cargo Cult, whereupon the less technologically advanced society mistakes them for deities. The subsequent plot either requires the lead characters to convince the "primitive" culture that they are not gods, or else have them exploit the error for their own ends. The trope may be used to set up An Aesop about lying/taking advantage of others.

Contrast with God in Human Form, God for a Day, A God Am I, and Unwanted False Faith.

Not to be confused with Like a God to Me, or with good guys.

Of course this is played with at the showdown in Ghostbusters: Afterlife.