Literature / The Book of All Hours 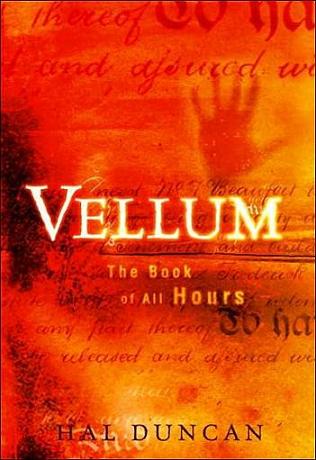 The beginning book, an explosion of timey-wimey. 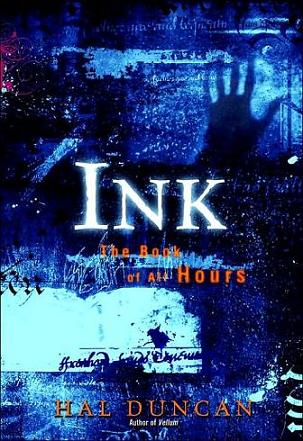 The ending book, stitching back together all the timey-wimey.
"Once, in the depths of prehistory, they were human. But in a moment of brutal transfiguration, they became Unkin - beings who possess the power to alter reality by accessing the Vellum: the realm of eternity underneath the skin of the world, underneath every reality, containing every possibility, every paradox, every heaven and hell. The Vellum became a battleground where forces of order and chaos fought across time and space. The ultimate weapon in that bloody war spanning history and myth, dreams and memory, was The Book of All Hours, a legendary tome within which the blueprint for all of reality is inscribed - a volume long lost amid the infinite folds of the Vellum.
Advertisement:
Until, in 2017, it was found by Reynard Carter, a young man with the blood of unkin in his veins.
Until Phreedom Messenger and her brother, Thomas, were swept up in an archtypical dance of death and rebirth.
Until a hermit named Seamus Finnan found the courage to reforge his broken soul, and a self-proclaimed angel called Metatron unleashed a plague of artificially intelligent bitmites.
Reality will never be the same."

The universe is not what it seems. Time does not follow a strict and orderly progression. Imagine reality as a great, infinite sheet of vellum, upon which anything can and has been written. And then crumple that sheet up, mangle it as best you can without tearing it apart. Every crack is a world, every fold a pocket universe in which anything can happen. Even people are just little marks on the vellum, symbols or stories that move about and tell themselves over and over again.

And then imagine some of those marks - those symbols and stories - uprooting themselves from their place on the vellum and crossing to another. These are the unkin, people who have awakened to the true reality hiding beneath the surface and in so doing have indelibly marked the Vellum with their presence. When they move, they bring their stories with them and transplant them into other worlds. Every unkin leaves their mark.

The Book of All Hours is a series of speculative fiction books by Hal Duncan, composed of two books so far, Vellum and Ink. They follow the struggle of a group of unkin rebels across the crumpled, bent, warped substance of the true reality, where time and space are only as meaningful as one wants them to be. The Powers That Be have decided that everyone must take a side in the fight over the Book, and they are willing to let reality itself become a casualty over what they want reality to mean.