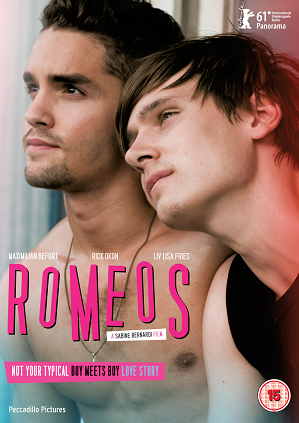 They don't need no Juliets

Works that have a same-sex and/or transgender romance as a major theme.

In the West, gay and lesbian romances aimed at LGBT readers have existed as a publishing niche since the 1950s, but are still relatively obscure (and Sturgeon's Law and The Theorem of Narrow Interests applies to what can be found). Most broadly-known Western same-sex and LGBT romances are aimed at general audiences and have a tendency to be tragic. Another Western genre, M/M romance, features male love interests but is written primarily by women for women and has a tendency to go to the opposite extreme.

In Japanese media, these have more well-defined genre expectations and usually fall into the Yaoi Genre (m/m romance for a female audience), Bara (m/m romance for gay/bi men), and Yuri Genre (f/f romance generally, although there is a separation between works for men, for women in general, and for lesbians in specific).

A sub-category of Queer Media. See also Gay Option, which may overlap with this trope when the story is built around the romance as opposed to the romance being a sidequest.