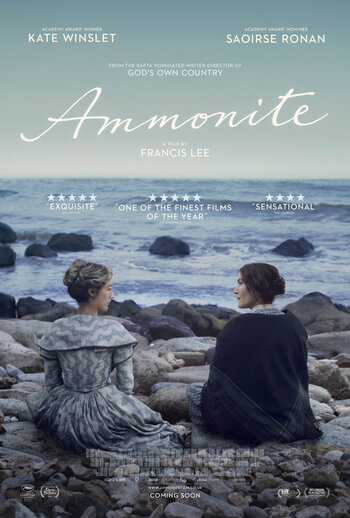 ) working alone collecting and selling common fossils to tourists in order to support herself and her elderly mother, but a chance job offer changes her life when an upper class couple arrive from London, when the husband asks Mary to care for his grieving wife Charlotte (Ronan) and to show her how she collects fossils the two begin to develop feelings for each other and form a romantic relationship.