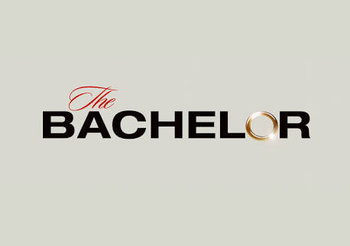 The Bachelor is a popular Reality Show franchise on ABC that kicked off in 2002.

As a season begins, we meet the bachelor, a "smart, handsome, successful man" who has it all. Now he's supposedly looking for someone to share it with. He's introduced to some two dozen beautiful women. They go on group and one-on-one dates, and based on the "connections" they form, he narrows the field and chooses one to spend the rest of his life with (though that rarely happens). Women are eliminated in a "rose ceremony", in which the bachelor gives a rose to the women who will continue in the romantic journey/competition.

The show's massive success led to the creation of a Distaff Counterpart, The Bachelorette, with all the same tropes applying with the genders of the contestants swapped. Most episodes are said to feature "the most dramatic rose ceremony ever!" Most other developments are hyped as "shocking" but are usually shown in their entirety in the previous episode's On the Next or even going-to-commercial previews.

The success of the sister shows have resulted in a sprawling universe of spin-offs, usually featuring former contestants from various previous seasons. The most popular by far is Bachelor in Paradise, where a rotating cast of former contestants stay at a Mexican beach resort and vie for a limited number of roses held by the opposing sex. This typically results in a handful of stable couples and a messy Love Dodecahedron of contestants trying to either form one of their own or stick around a few more weeks to meet someone new or extend their vacation/screentime. Other spinoffs have included Bachelor Padnote former contestants stay in a mansion and compete for a cash prize, The Bachelor Winter Gamesnote former contestants drawn from around the world compete in winter sports, and The Bachelor Presents: Listen to Your Heartnote musicians date each other. The show has also inspired countless copycats and international versions in over twenty countries.

As of this writing, 26 seasons of The Bachelor and 18 of The Bachelorette have aired. The former show started in 2002, the latter in 2003. The final pairings haven't exactly been successful...

For nearly two decades, the franchise's shows were all hosted by Chris Harrison, who stepped down in 2021 due to audience backlash against his poor handling of a racially-charged incident during the show's first season with a Black bachelor.note Harrison had attempted to defend one of the show's contestants for her past attendance of an "antebellum South ball", an event that romanticized the pre-Civil War era of race-based slavery, during an interview hosted by Rachel Lindsay, the show's first Black bachelorette. Harrison had felt pressured to do so in part because said contestant had been proposed to (something he couldn't reveal at the time), but his dismissal of Lindsay's concerns led to her distancing herself from the franchise and massive audience backlash. The Bachelorette is currently hosted by former bachelorettes Tayshia Adams and Kaitlyn Bristowe; Paradise has featured a rotating cast of celebrity guests, while future seasons of The Bachelor are set to be hosted by former bachelor Jesse Palmer.

Will You Accept This Trope?: