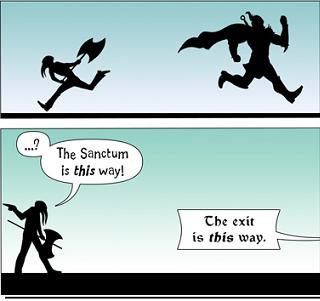 In many cases, the character(s) end up getting killed or (in crime and mystery stories) arrested despite their efforts to abandon the whole mess.

If the upper crust of a given society does this in response to a major crisis, see The Elites Jump Ship.

One of the ways in which a character may choose to Opt Out. May happen as a result of a Not What I Signed on For or Won't Do Your Dirty Work moment. Contrast with Line in the Sand, when all characters on a team are given the option to leave. When this reaction is portrayed as the right idea, or at least reasonable, then it's a case of Know When to Fold 'Em.