Series / Back in the Game 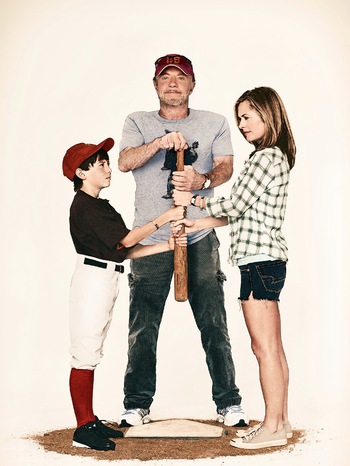 A 2013 ABC sitcom centering around Terry Gannon Jr. (Maggie Lawson), a recent divorcée who's forced to move with her son Danny (Griffin Gluck) back into her estranged father's house. Terry Sr. (James Caan), a retired minor-league baseball manager nicknamed "The Cannon", had pushed his daughter into the sport, where she peaked as a star player in college softball but now wants nothing to do with it. Hilarity Ensues when Danny tries out for Little League and doesn't make the team, prompting his grandfather to build a new team around Danny and the other misfit kids.

ABC pulled the plug on Back in the Game after just ten episodes. The series, including three remaining episodes that didn't air, is available for streaming via Amazon Prime.