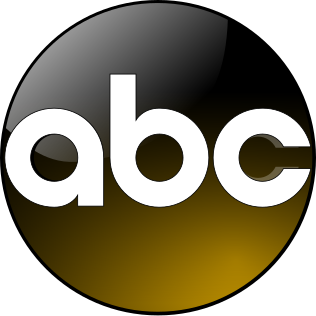 The American Broadcasting Company, owned by the Walt Disney Company since 1996, was spun off from NBC (where it originated as the "NBC Blue" radio network) as the result of an antitrust ruling in 1943. It changed its name to ABC the following year, and launched its television network in 1948. Though its broadcasting facilities are located at the Walt Disney Studios in Burbank, California, the network's corporate offices have been based in New York City since the network's founding, with its current offices co-located with flagship station WABC-TV in the Upper West Side of Manhattan since 1988.

In the 1950s, ABC was the traditional third-runner in the American ratings, usually finishing a distant last to the other, "older" networks as many markets had no access to an ABC station, much less a third television station in that era. (Even markets that had access to ABC programming usually ended up watching those shows at different times, as their local NBC or CBS affiliates would pick up ABC shows and run them at odd or obscure hours, and if your show had low ratings, forget even that. Before the merger with United Paramount Theaters in 1953 gave it some badly-needed cash, ABC was pretty much in a race to bankruptcy with DuMont.) Starting in the 1960s, however, ABC began to make up for this by targeting younger audiences with shows like American Bandstand, The Mod Squad, Batman and Room 222, as well as traditional Dom Com fare like Bewitched and The Brady Bunch.

Then, in the 1970s, ABC hired Fred Silverman away from CBS. With Silverman's invention of the Jiggle Show (with Charlie's Angels and Three's Company), loading the schedule with sitcoms (Happy Days and others), and the broadcast of several significant Mini Series (Roots, Rich Man Poor Man), sports events (Monday Night Football, Wide World of Sports, the Olympic Games), and other big-draw spectacles (including the Sunday Night Movie, which aired major theatrical features such as the James Bond films, and live events like the Academy Awards cemerony), the network saw both its ratings position and its revenue skyrocket. By the end of the decade, it had become a dependable frontrunner and completely lost its "also-ran" cachet. Among the things that helped this was the signing of several of NBC's affiliates in mid-sized markets, as their existing affiliates in those markets were, like their network, not strong performers (and several were on the less-desirable UHF band). Their news division, previously an also-ran, quickly gained ground late in the decade and into the next with the debut of staples like ABC World News Tonight (originally featuring a three-anchor rotation of Frank Reynolds, Max Robinson and Peter Jennings; Jennings ultimately became sole anchor by 1983), Nightline (intended as a temporary program to cover the Iranian hostage crisis), and 20/20 (though the latter had a disastrous debut that resulted in a hasty revamp).

ABC's run at the top stretched into the 1980s, but began to slip midway through that decade. The once-moribund NBC was experiencing its resurgence under Brandon Tartikoff, and hit shows like Three's Company and Laverne & Shirley were coming to an end. While ABC was still producing hit shows like Dynasty (1981), Moonlighting, The Wonder Years, Growing Pains and MacGyver, it was also producing bombs like Dolly and the Lucille Ball sitcom Life with Lucy. The network wound up being bought out by a media company only a tenth its size, Capital Cities Communications, in 1985 (they could not do it alone, though; Warren Buffett financed the purchase in return for a 25% stake in the company). After this, the network became more financially conservative (as its new owner had been known for prior to the purchase), tightening its purse strings and slowing investment in new series.

In the 1990s and early 2000s, the network's only success story was its spectacular subversion of the Friday Night Death Slot, the TGiF comedy block on Fridays, which featured such shows as Full House, Family Matters and Boy Meets World. Hits on other nights, such as The Practice and Alias, were few and far between, and attempts to launch a hit Reality Show (like CBS' Survivor and Fox's American Idol) proved to be embarrassments. It briefly enjoyed massive success with the hit Game Show Who Wants to Be a Millionaire?, until they started marketing the show to death by airing it four nights a week, turning it from a megahit into a punchline almost overnight.

Also during the 1990s, Capital Cities was bought by Disney, the network's current owner, who during the first few years of their ownership played this up significantly (ie. replacing the previous Saturday-morning schedule with the One Saturday Morning block, putting ads for ABC programs on Disney, Touchstone and Miramax VHS tapes; early fears of it being rebranded "The Disney Network" were never realized), but this has since cooled down.

Midway through the decade, however, ABC finally regained its footing. It finally found its Reality TV hit in 2003 with Extreme Makeover: Home Edition, and followed that up the following year with three scripted series that quickly turned into megahits: Lost, Desperate Housewives, and Grey's Anatomy. Other shows, like Ugly Betty and Dancing with the Stars, also helped to boost ABC's cachet in the new decade. While still behind CBS and Fox, it sits comfortably in third place ahead of a seemingly dead-in-the-water NBC, when discounting any Olympics and Sunday Night Football gains by that network. The network also carries a second network on their owned and operated stations as a digital subchannel called "Live Well Network", a lifestyle network which airs programming pertaining to health, home improvement and food. It expanded to other non-ABC station subchannels, and the website was purposefully designed not to look like an ABC site. The non-ABC owned stations have all since dropped it, and the network shuffles onward in a zombie state, having its shutdown announced in 2015 - and yet ABC O&Os continue to carry it.

All that may very well be window dressing, however. Not that big-ratings hits have stopped coming towards ABC's way: Modern Family has become a media and ratings darling and Once Upon a Time has made the network a ratings juggernaut on a night many thought was almost as dead as Fridays. Grey's Anatomy and Dancing With the Stars continue to be ratings gold as well. However, ABC has lost major footing in trying to capture lightning twice and repeat the success of the Modern Family and LOST formulas: the network has become a revolving door of single-camera sitcoms (including Don't Trust the B---- in Apartment 23, Back in the Game, Super Fun Night and The Neighbors) with many of them failing to last past a single season, and attempts to recapture the genre show success of LOST in particular (including V (2009), No Ordinary Family, Once Upon a Time in Wonderland and, to an arguable extent, Agents of S.H.I.E.L.D.) particularly ending in failure. In many ways, ABC has found themselves back into the position they were when they were bought by Disney

, leading to the natural executive shake-ups

Starting in the New Tens, ABC started making a concerted push to diversify its primetime lineup, primarily focusing on sitcoms, leading to the creation of shows like Blackish, Cristela, and Fresh Off the Boat. While Cristela struggled in the ratings, Blackish and Fresh Off the Boat did well enough to be renewed. This success led to the network committing itself to develop shows that feature minorities underrepresented in American television. ABC has also found immense success with its "TGiT" block (Thank God It's Thursday, echoing the old TGiF block). Unlike "TGIiF", "TGiT" is an all-drama block centered around Grey's Anatomy, Scandal and How to Get Away With Murder. The block is also informally referred to as "Shondaland" as all three series come from the same executive producer, Shonda Rhimes. A fourth series, again from Shonda Rhimes, is set to arrive March 2016. It's also notable that the TGiT/Shondaland block also continues ABC's march towards being the leading network in on-screen diversity, including down to Shonda Rhimes herself and most notably with HTGAWM's Viola Davis who won a Primetime Emmy for her starring role. They have also begun to revive classic game shows in the summer as part of their "Summer Fun & Games" block (though some of the shows have also aired at other times), including Celebrity Family Feud, The $100,000 Pyramid, Match Game and To Tell the Truth (the first two having aired on ABC for the much of the 70s, the third having been ABC's final daytime game from 1990-91); a revival of The Gong Show joined them for summer 2017.

For 2018 and 2019, the network and its broader TV operations saw a significant shakeup in the aftermath of Disney's acquisition of 20th Century Fox's television studios and FX Networks, effectively separating all three from ABC rival Fox and folding them into Disney/ABC's operations. With the merger, most of the old guard at ABC was replaced by Fox's leadership, leading many to wonder if ABC will start to emulate that network's reputation for experimenting with newer genres and programming. Additionally, the network also announced that it would vacate its facilities at the Upper West Side on Manhattan and would construct new facilities in Hudson Square that will house all of Disney's east coast operations, in addition to ABC.

, carrying exclusively US-made programming, including some that had appeared on other networks (mainly Disney/Touchstone-produced shows).

Shows that it has aired
Bold denotes ongoing or upcoming series.
Shows that ABC Signature/ABC Studios have produced but not airing on ABC 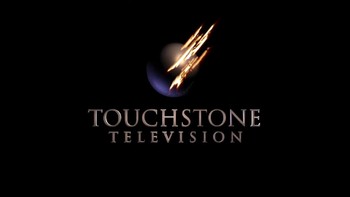 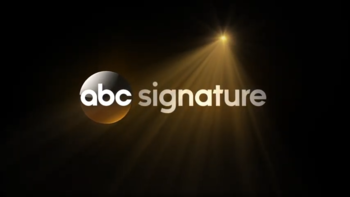