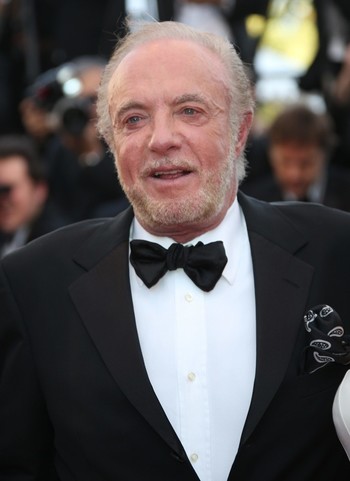 His last name is pronounced KHAAAAAAAN!
"We go to the mattresses!"
Advertisement:

James Edmund Caan (March 26, 1940 – July 6, 2022) was an American actor, who was best known for his roles as Santino "Sonny" Corleone in The Godfather (which earned him an Academy Award nomination), Paul Sheldon in Misery, "Big" Ed Deline in Las Vegas, and also Will Ferrell's father in Elf.

Caan was also well known for his Emmy Award-nominated performance as NFL player Brian Piccolo in the 1971 TV movie Brian's Song, co-starring Billy Dee Williams; it's been noted that this film is one of only two sports movies (the other being Field of Dreams) that is capable of making grown men cry.

He was the roommate, friend, and frequent costar of Robert Duvall in the 1960s and early '70s, and for a brief period in the latter decade actually lived in the Playboy Mansion.

Caan was married four times and had five children, including actor Scott Caan (Hawaii Five-0), and is reportedly the only person to have ever escaped after going to work for the Sunshine Cab Company.