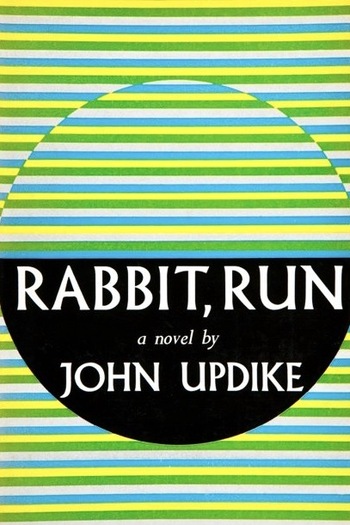 The novel depicts three months in the life of Harry "Rabbit" Angstrom, a 26-year-old former high-school basketball player from Brewer, Pennsylvania who is trapped in a loveless marriage and a boring sales job, and his attempts to escape the constraints of his life.

Word of God says that this was written in response to On the Road. A film adaptation was released in 1970, directed by Jack Smight and starring James Caan as Rabbit. Updike later featured the character in three additional novels (Rabbit Redux, Rabbit Is Rich, and Rabbit at Rest).