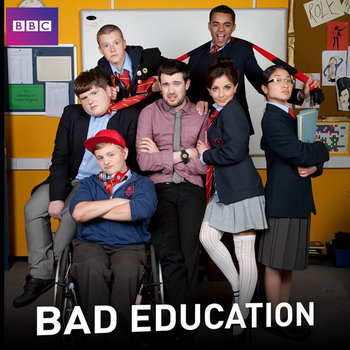 Bad Education is a 2012–14 British sitcom produced by Tiger Aspect Productions for BBC3. It stars Jack Whitehall as young teacher Alfie Wickers – "the worst teacher ever to grace the British education system" – at the fictional Abbey Grove School. Matthew Horne plays Fraser, the eccentric headmaster of the fictional school alongside him. It has been suggested that Whitehall's character is a continuation of his "posh twit" persona from Fresh Meat.

The series launch broke BBC3's record for the highest-rated first episode of a comedy, which was previously held by Horne And Corden.

A foreign remake, An American Education, also starring Whitehall, began shooting a pilot in early 2014 but ABC passed on it, and the original series continued.