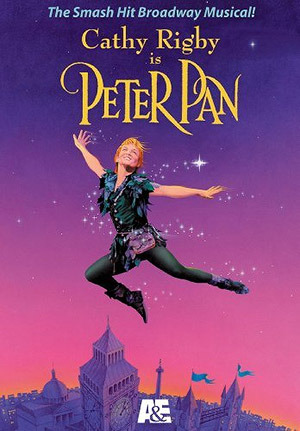 "Remember when you were a kid, and you saw the legendary TV musical version of Peter Pan, and Peter was striding around the stage declaring, 'I WON'T grow up!'? Remember what you thought, in your innocent, naïve, trusting childlike way? You thought: 'THAT'S not a little boy. That's obviously middle-aged actress Mary Martin making a fool of herself.'"
— Dave Barry Turns 40
Advertisement:

This is a role that, for whatever reason, is played by an actor of the opposite sex. Some common reasons for this involve a gender imbalance in the supply of actors:

Other common reasons are varied:

In Western theatre and opera, a male character intended to be played by a female performer is commonly referred to as a "pants," "breeches," or "trouser" role.

Love scenes involving these characters are a notorious source of Ho Yay.

Compare Cross-Dressing Voices, which is the voice acting equivalent. In a common Casting Gag, you can often expect cross-cast roles to cause Recursive Crossdressing. Contrast with Gender Flip, in which a character is reimagined or rewritten to be the opposite gender, but the actor plays a character of their own gender.

Please do not list "retroactive" examples of transgender actors who performed characters of their biological sex before they transitioned some point post-production. This trope requires the casting to be an intentional decision. The fact that an actor no longer corresponds to the gender of a character they played is ultimately irrelevant to the work itself, and doesn't change the fact that, when they were cast for the role, they were considered by the world at large to be the same gender as the character. For example, Elliot Page played real life cisgender teenage girl Sylvia Likens in 2006's An American Crime but was thought to be, and was presenting as, female when cast for that film. If the film was being made now, after Page's transition, a cisgender girl would be cast by the director as Sylvia.