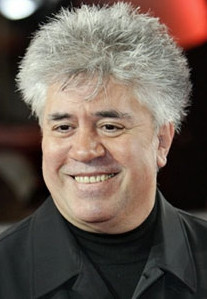 "I don't want to imitate life in movies; I want to represent it. And in that representation, you use the colors you feel, and sometimes they are fake colors. But always it's to show one emotion."
Advertisement:

Pedro Almodóvar Caballero (born 25 September 1949) is an iconic Spanish director, known for his mastery of blending melodrama, comedy, and intelligent social commentary. Getting his start in The '70s, shortly after the death of Francisco Franco led to a massive opening and blossoming of modern Spanish culture, with film, music, and other arts being given an opportunity to experiment after four decades of repression. There were subcultures flying everywhere—while most had existed even in Franco's time, they were no longer forced to be underground. Almodovar—himself gay, a community that did not have a nice time under Franco's conservative regime—turns to this, and its relationship with what came before, for material.

His style has gotten him attention abroad—one of the first postwar Spanish directors to do so. Women on the Verge of A Nervous Breakdown, Tie Me Up! Tie Me Down! (Spanish: ¡Átame!) - the film that had Hollywood racing to sign up Antonio Banderas, All About My Mother, and Volver all have great reputations outside of Spain—possibly more than inside it.