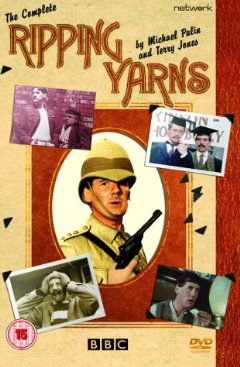 Basically, what Michael Palin and Terry Jones did after Monty Python's Flying Circus but completely different and just as funny. Ripping Yarns was the definitive parody of the "Boy's Own" genre.