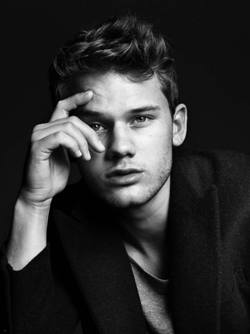 In late 2011, he starred as the leading character in the epic war film War Horse directed by Steven Spielberg and based on an adaptation of Michael Morpurgo's children's novel. War Horse was nominated for six Academy Awards, two Golden Globe Awards and five BAFTAs. The movie became a box office success and turned Irvine into an overnight film star. Irvine is widely regarded as one of the most talented young actors of his generation after his Star-Making Role in War Horse and earning widespread critical acclaim for his role in the independent film Now Is Good. This has led to critics listing him among Hollywood's fastest-rising stars. He received critical praise by earning a reputation as a method actor after he went for two months without food and by performing his own torture scene stunts in the film adaptation of The Railway Man.

Tropes & Trivia related to his works: