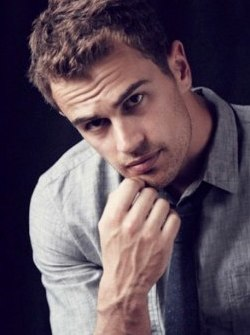 Theodore Peter James Kinnaird Taptiklis (born 16 December 1984), known professionally as Theo James, is an English actor and musician, recognized primarily for his role as Tobias "Four" Eaton in the Divergent film series, based on the books of the same name.

He also served as the singer and guitarist for Shere Khan, a band that separated in 2012.