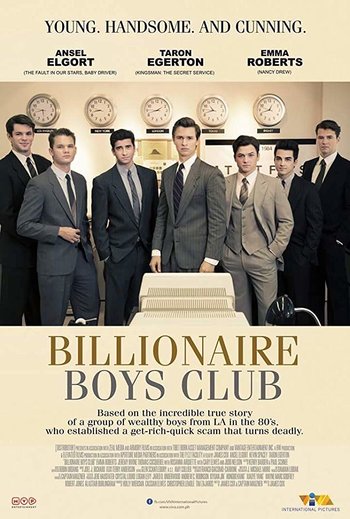 Billionaire Boys Club is an American biographical crime drama film directed by James Cox and co-written with Captain Mauzner. The film is based on the real-life Billionaire Boys Club, who were active in Southern California during the 1980s. The film was released through video-on-demand and limited release in 2018, but was filmed in late 2015 to early 2016.

The film follows a group of wealthy boys in 1980s Los Angeles, led by their fellow preppie friend Joe Hunt (Elgort), who come up with a plan to get-rich-quick with a Ponzi scheme. The plan ends badly for all involved when Hunt and friend Tim Pitt end up murdering investor and con-man, Ron Levin.