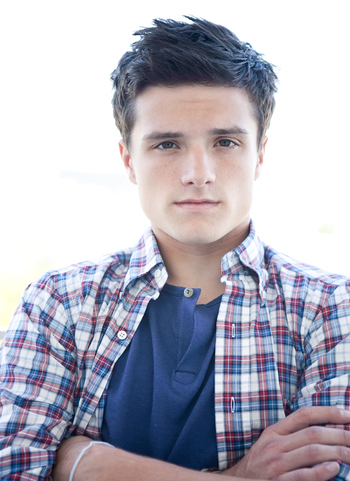 He began his acting career in the early 2000s, appearing in several minor film and television roles. Growing up as a child-actor, he gained exposure during the middle and latter part of Turn of the Millennium with major roles in the films Little Manhattan, Zathura, RV, Firehouse Dog and the film adaptations of The Polar Express, Bridge to Terabithia, Journey to the Center of the Earth and Cirque du Freak: The Vampire's Assistant. He received eight Young Artist Award nominations for Best Leading Young Actor in those five years, half of which he won. In 2011, Hutcherson landed the leading role of Peeta Mellark in The Hunger Games film series, based on Suzanne Collins' novel series.