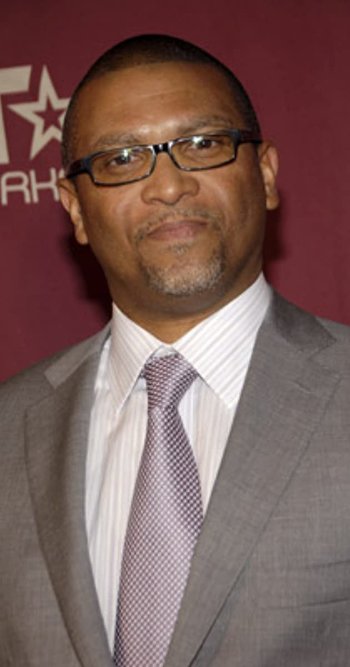 Reginald Hudlin (born December 15, 1961 in Centerville, Illinois) is a film director, producer, writer, and former president of BET Entertainment. Hudlin directed House Party, Boomerang (1992), Bébé's Kids, The Great White Hype, Marshall, and served as one of the producers of Django Unchained. He was also writer of Black Panther for Marvel Comics. He was an executive producer for The Boondocks while it was under development at FOX. Though no longer involved by the time the show was picked up by Adult Swim, the show was contractually obligated to continue to credit him as a producer.