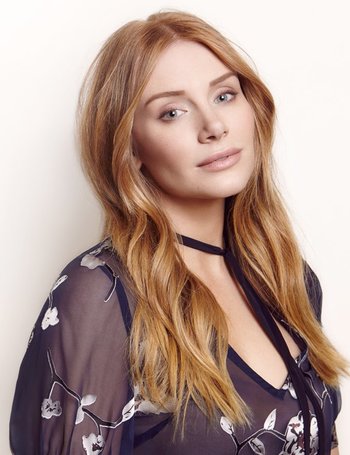 Bryce Dallas Howard (born March 2, 1981 in Los Angeles, California) is an American actress and director. Her family has been dedicated to the entertainment business for a long time — her father is the acclaimed director and former actor Ron Howard, her uncle is actor Clint Howard and her grandfather is the late actor Rance Howard.

Though she had some experience as a stage actress and appearing in her father's films as an extra, most notably in A Beautiful Mind, where she is a student that watches how professor John Nash (Russell Crowe) is taken to a car, she gained recognition when M. Night Shyamalan gave her the lead role as the blind Ivy Walker in The Village. She became some sort of muse for Shyamalan, also appearing in his next film Lady in the Water portraying the water nymph Story.

Since then she has alternated between smaller and big-budget films. Most notably as the blonde Gwen Stacy in Spider-Man 3, the racist southerner Alpha Bitch from The '60s Hilly Holbrook in The Help and as the Workaholic manager (and aunt) Claire Dearing in Jurassic World, Jurassic World: Fallen Kingdom and Jurassic World: Dominion. She also directed The Mandalorian Chapters 4 and 11, and The Book of Boba Fett Chapter 5.

You might also mistake her for The Help co-star Jessica Chastain. But don't worry, both actresses (and a video

) have sorted out that Bryce is absolutely not "Jessica Chastaiiiiin"

She is married to actor Seth Gabel and they have two children.