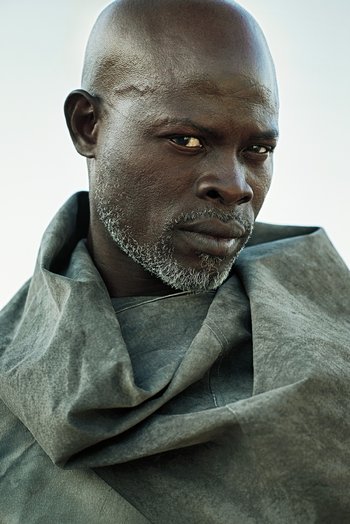 He's been acting in films and TV series since 1990, and gained recognition with his role of Joseph Cinqué in Steven Spielberg's Amistad (1997). He's been nominated twice at the Academy Awards, for Best Supporting Actor.

Tropes associated with this actor's works: