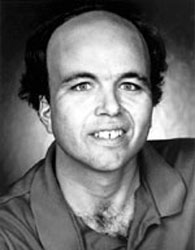 "He has the ability to say any line with one hundred percent sincerity."
— Jack Packard on Clint's role in Carnosaur, Best of the Worst

Clinton Engle Howard is an American actor, born on April 20, 1959 in Burbank, California. He is best known for his role of Balok in the Star Trek: The Original Series episode "The Corbomite Maneuver", for his contributions to the B-horror genre and for appearances in films by his older brother, Ron Howard.

He was also in his youth, a Child Actor who featured in both Winnie the Pooh shorts and The Jungle Book (1967).