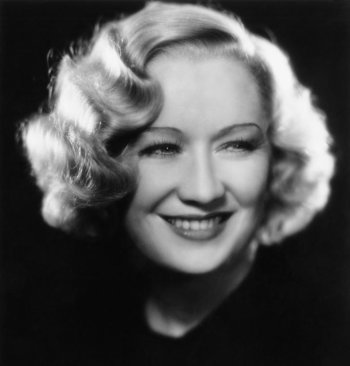 Ellen Miriam Hopkins (October 18, 1902 – October 9, 1972) was an American actress. Although her 50-year career was versatile in both film and television, today's audiences might know her more from her many iconic appearances in The Pre-Code Era, such as the innuendo-laden Trouble in Paradise (which was said to have been banned from cinema syndication until 1968) the controversial Design for Living, and her Star-Making Role as a prostitute in Dr. Jekyll and Mr. Hyde (1931), which reportedly had to be heavily edited because of it. She was also nominated for a Best Actress Academy Award three times but never won any of them.

Hopkins was also known for her very conspicuous tension and rivalry with Bette Davis (perhaps surpassed only by the one Davis had with Joan Crawford), which was said to have been due to a rumoured affair that Davis had with one of her husbands, Anatole Litvak. Publicity photos for the two movies they appeared together in, The Old Maid (1939) and Old Acquaintance (1943), apparently capitalised with it — one picture from the latter featured the two actresses in boxing gloves with the director as the referee

◊. Hopkins was also known by many fellow Hollywood staff of throwing parties with many high-brow and sophisticated people. She also made many television appearances throughout the 1940s to the 1960s, earning two stars on the Hollywood Walk of Fame for film and television.