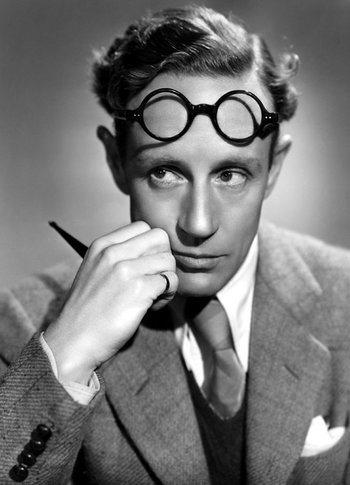 Active in both Britain and Hollywood, Howard is probably best remembered for playing Ashley Wilkes in Gone with the Wind (1939). He had roles in many other notable films, often playing the Quintessential British Gentleman, being nominated for the Academy Award for Best Actor for Berkeley Square (1938) and Pygmalion (1938).

His death in the middle of World War II happened when his plane was shot down. He was involved in the war with anti-German propaganda, and rumoured to have been involved with British or Allied Intelligence, leading to conspiracy theories regarding his death, but there is also a long-standing rumor that it was because Howard's manager and he resembled Winston Churchill and his usual bodyguard, causing the Germans to shoot the plane down in mistake thinking it was the Prime Minister himself on board.