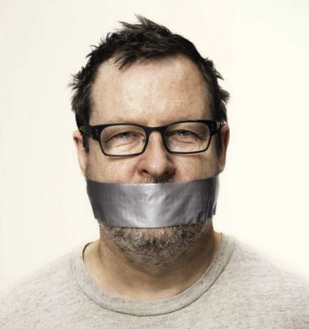 A friendly gentleman, that Lars.
"Welcome to the universe of Lars von Trier, where babies falling out of windows is the LEAST of your problems!"
— Brows Held High on Antichrist
Advertisement:

A notorious proponent of melodrama, his works are often considered to be heavily on the cynical side of the Sliding Scale of Idealism Versus Cynicism, to the point of nihilism. They're also deemed to center around emotional pain and depression, and just as often portray humankind as inherently evil creatures that are more than happy to exploit, torment and ultimately destroy the few kind and selfless individuals in the world. Do bear in mind that this is the popular stereotype of his work, and that his films have taken a variety of approaches, though a focus on angst is frequently present. (The aforementioned generalization mostly applies to his "Depression Trilogy", a Thematic Series made while he was struggling with the aforementioned disorder.)

Lars is also known for his weird ability to make actors perform way beyond their personal boundaries, and being one of the cofounders of the Dogme '95 manifesto. He also has a tendency to group his films into trilogies involving similar themes.

The "von" in his name does not come from German nobility, but is in fact an in-joke-ish nickname von Trier had amongst his fellow students in film school. He ultimately decided to keep the nickname to pay homage to Erich von Stroheim and Josef von Sternberg, who also added their "von" later in life.