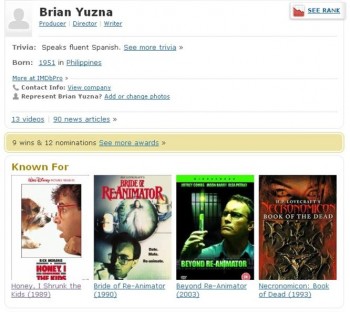 As time goes by, we often stereotype writers and creators as filling certain niches. Stan Lee is Marvel Universe, Stephen King is horror (or at the very least supernatural), Arthur Conan Doyle is Sherlock Holmes, and so on ... as a result, there are some times where we see somebody's name on something and go "Wait, WHAT? Are you sure it isn't just a guy with the same name?"

These are examples of well-known works (not obscure experiments) of creators that are so far out of their perceived niche that often times people don't immediately realize the person behind it.

Related to Playing Against Type, I Am Not Spock, Retroactive Recognition, Genre Adultery and WTH, Casting Agency?. Compare Same Face, Different Name, where the creator hides the fact that he's doing something different under a new name, and Advertising by Association, where the creator's portfolio is used to hype the work. In music, Black Sheep Hit is a special case in which the aberration becomes famous. The One-Hit Wonder takes this Up to Eleven.

Alternative Title(s): She Also Did