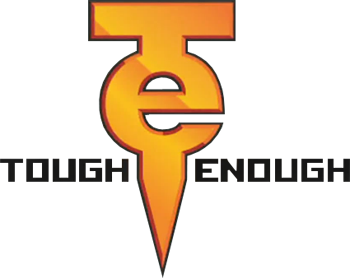 Are you...?
Tough Enough is a reality show developed by WWE where participants compete to win a WWE contract and be the next WWE Superstar. It originally aired in 2001 on MTV for three seasons, but was dropped. Its fourth season was integrated into SmackDown! in 2004, after which the series was cancelled until 2011, when it was revived once more with "Stone Cold" Steve Austin as the host. In 2015, Tough Enough was revived again, this time with Chris Jericho as the host.
Advertisement:

Several of the competitors from Tough Enough have been employed by the WWE despite not being the overall winners of their respective seasons, and not all of the winners are still employed by WWE.