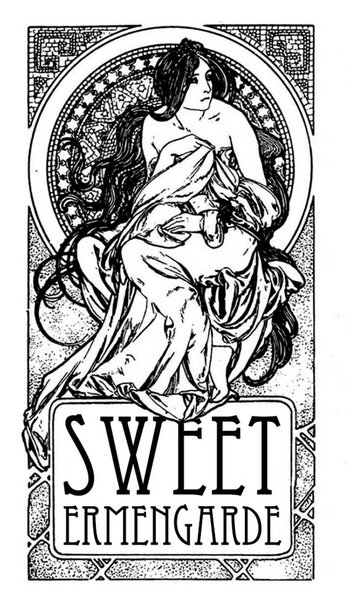 "Sweet Ermengarde, or, The Heart of a Country Girl" is a comedic short story by H. P. Lovecraft (yes, that one), written around 1920.

It is a parody of the formula melodrama, in which an innocent young woman is romanced by a strong upright young man and menaced by a Dastardly Whiplash villain, and everything turns out all right in the end.

Ethyl Ermengarde Stubbs, who isn't as simple as she makes out, is romanced by poor but honest Jack Manly and menaced by the wicked 'Squire Hardman. There's a kidnapping, an elopement, a poor woman alone and friendless on the streets of the heartless big city, and many other dangers, but it all comes right in the end (for Ermengarde, if not necessarily for anyone else).