Literature / The Rats in the Walls 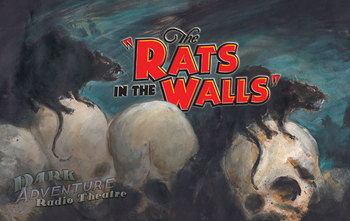 A rare H. P. Lovecraft story that does not contain any overt supernatural elements, other than the mention of ancient worship and the imaginings of an increasingly unreliable narrator. After his son dies from injuries sustained during the Great War a man leaves New England, with his nine cats, to purchase and restore his ancestors' hereditary lands in England. Helped by a friend of his son's, who just happens to be the nephew of the man currently in possession of the land, he discovers generations of mistrust and suspicion aided by local traditions of horrible, nasty deeds attributed to the land and his ancestors specifically. Then the cats start acting weird, the narrator starts having troubling dreams and the newly renovated ancestral home may be overrun by an army of nocturnal rats. And things just go downhill from there...

The complete story can be read online here