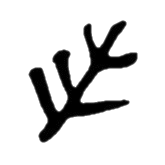 In his house at R'lyeh dead Cthulhu waits dreaming.
"That is not dead which can eternal lie,
And with strange aeons even death may die."
— Passage from the al-Azif, a.k.a. the Necronomicon, from The Call of Cthulhu by H. P. Lovecraft
Advertisement:

An informal and appropriately chaotic Shared Universe that squarely defines the darkest and edgiest of genres, cosmic horror.

It was started unintentionally by H. P. Lovecraft and his circle of peers (informally called the 'Kalem Club') who belonged to the embryonic Fandom. At that stage less about Speculative Fiction, and more about writing short amateur "weird" stories for the 'pulp' magazines, at least for Lovecraft.

Lovecraft had already incorporated small elements of Robert W. Chambers' earlier The King in Yellow and the writings of Arthur Machen by way of Shout Outs. As time went on, Lovecraft and his friends began referring to his Eldritch Abominations and Tomes of Eldritch Lore in their writings, though usually not actual characters, and to share references made in his friends' stories or private letters. Mythopoeia defined the abstract, and original, cosmic setting. The actual term "Cthulhu Mythos" (depending on how you define it) post-dates Lovecraft's death, at which time H. P. Lovecraft's work got seized and expanded on by August Derleth. Lovecraft himself called his budding mythology "Yog-Sothothery" because Yog-Sothoth features or is mentioned in many more stories than Cthulhu.

The general premise of the Cthulhu Mythos is thus: Humanity exists within a small flickering firelight of sanity and reason in a cold and utterly senseless universe full of ancient and terrible things with tentacles and too many eyes. Our science doesn't properly describe the workings of the universe - ignorance really is bliss because even trying to understand the horrid truth of reality will surely drive you to madness. Our planet was owned by all manner of unknowable alien beings long before we crawled out of the primordial muck, and guess what? They want it back, which means doing a little pest control...

Due to the Shared Universe's informal nature, several rather divisive conceptions of the Mythos have arisen, generally categorized as the Lovecraft purists' version; the version including the broad post-1930s expansions by later writers like August Derleth (who is a controversy unto himself) and Ramsey Campbell; and then there are the rigidly codified and de-mystified Tabletop RPG adaptations which crunch down Mind Screwdriver-style to produce orderly game rules from an inherently disorderly Canon. Information from the latter has tended to proliferate across the Internet disproportionately, resulting in simple Google searches producing a majority of pages derived from the game and its various campaigns, rather than from prose literature (let alone Lovecraft's writings), which are not always labeled as such.

H. P. Lovecraft has his own trope listing, so tropes here should be for tropes that are not specific to his work, or have been greatly expanded from his work. See also Cosmic Horror Story for works which deal with Lovecraft's themes (and, optionally, make use of the Mythos) and Lovecraft Lite for works that take Lovecraft and Mythos less seriously.

Sub-settings within the Cthulhu Mythos 'verse include:

The original writers who corresponded with each other and used the elements of the mythos in their writings.

Writers whose works were before Lovecraft started, but were a great influence on him. Later retconned into the Mythos:

Notable authors who have written in the mythos after Lovecraft had passed away:

The Mythos includes such specimens as: