Manga / The Elder Sister-like One 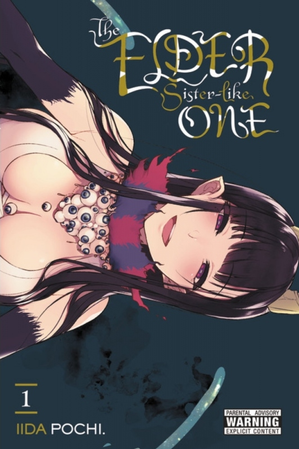 The Elder Sister-like One (姉なるもの: The Sister of the Woods with a Thousand Young in Japan) is a supernatural soft-horror story about a young neglected orphan named Yuu and his adoptive elder sister Chiyo, who just happens to be an eldritch horror from another universe. But, you know, in a good way.

Our story opens with Yuu, who after losing both his parents at a young age has been passed off from one unwilling relative to another. However, that all changes when Yuu's latest guardian suddenly falls into a coma, and Yuu discovers a mysterious basement under said relative's shed. After accidentally disturbing one of the markings on the floor, Yuu finds himself face to face with the beautiful but inhuman "demon" Shub-Niggurath, who offers to grant him a single wish in exchange for what he treasures most. Afraid for his life but also desperately lonely, the boy suddenly blurts out all he wants is a family and asks the inhuman abomination if she would be his big sister. So begins Yuu's happy, endless summer with his new sister "Chiyo", the kindest and most gentle horror this side of insanity.

The serial depicts the daily adventures of Yuu and Chiyo, for whom the simplest of activities have a tendency to become wanderings through eldritch territory. But, you know, in a good way.

Compare to Nyaruko: Crawling with Love!, a series with a similar, albeit more slapstick premise with Nyarlathotep and other Mythos monsters.