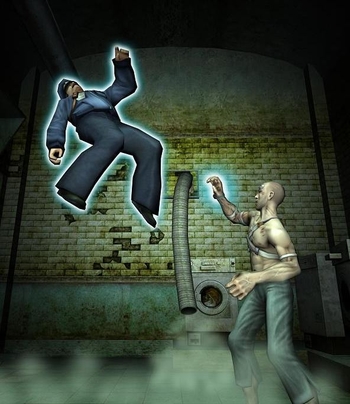 Mind the power gap.
"I can kill you with my brain."
— River Tam, Firefly
Advertisement:

A Con Man who fakes it to fleece the gullible is a Phony Psychic.

See Psychic Index for everything related to psychics.

Being a vegan gives you psychic powers, apparently.

Being a vegan gives you psychic powers, apparently.