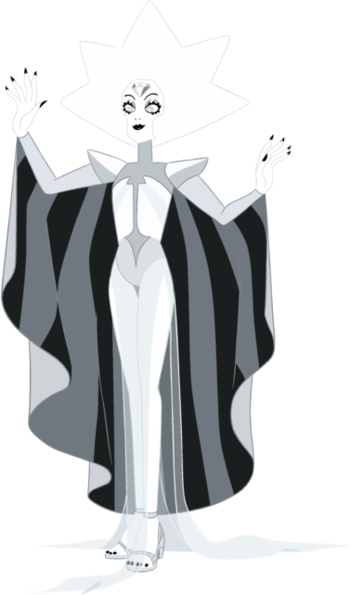 The last of the Diamonds to appear, and the last to be mentioned by name. She is the supreme ruler of the Gem Homeworld, and is the oldest and most powerful Diamond.

As the majority of White Diamond's characterization occurs in the closing episodes of season five, ALL spoilers will be left unmarked. You Have Been Warned!