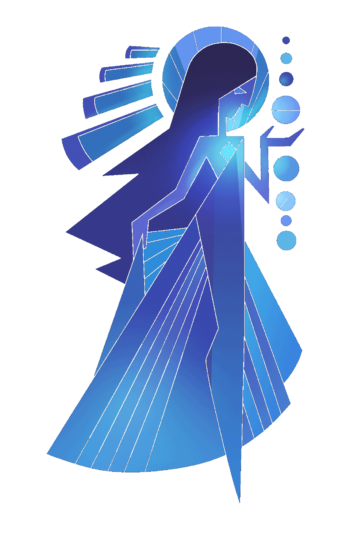 "What good all this would do? The more I make these Gems suffer, the more I long to see you again, Pink..."

The second Diamond mentioned, and the first to appear in the series proper in "The Answer". She was at the Sky Arena during Rose's rebellion, and Sapphire used to report directly to her. She commands Homeworld's court system, leads Homeworld's diplomatic Gems, and is the blue Gem depicted on the mural from "Serious Steven".