"I will fight for the place where I'm free
to live together and exist as me!"
Click here for her second outfit 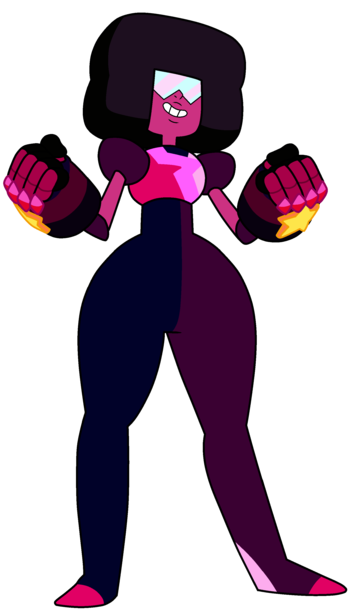 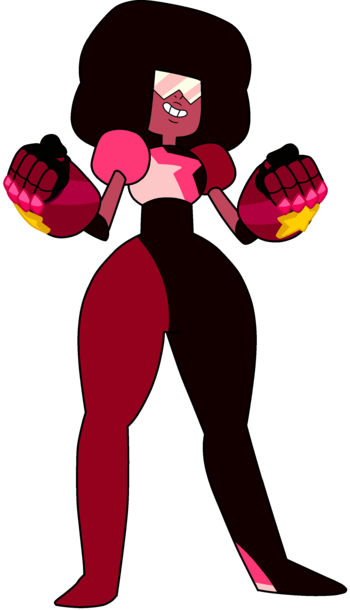 Pearl: If we were supposed to fight a "giant foot", Garnet would let us know.
Amethyst: Yeah, Garnet's the boss.
Pearl: Well, we're all a team. Garnet just has heightened perception that guides us towards our mission objective.
Amethyst: Yeah, she's the boss.

Garnet is the de facto leader of the Crystal Gems, having taken over after the departure of Rose Quartz. She's a powerful, strong and disciplined warrior, and is the Gems' unarmed combat expert. A Gem of few words, Garnet is the most aloof member of the team; however, when she does speak, everyone listens. She is usually very introspective, but living with Steven, she is beginning to come out of her shell a little.