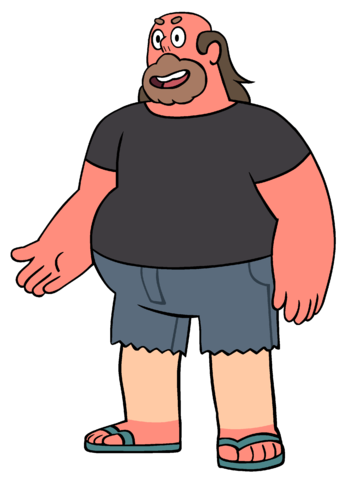 "My darling son, I remember when
I would sing to you, and I would do it again.
Beloved child, remember this too.
In this world of Gems, there's no one like you!"
Click here to see him after cutting his hair 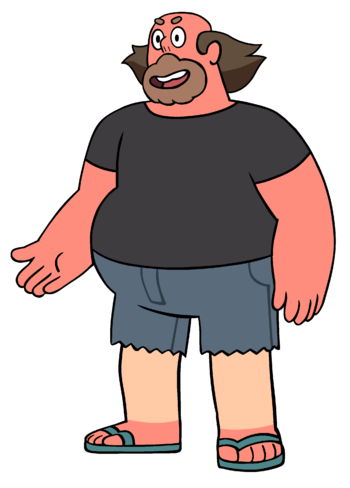 Click here to see him in his younger years 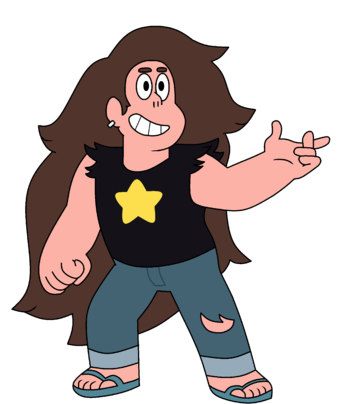 Greg Universe (formerly Gregory DeMayo) was a one man band. He didn't have much success, but seems happy enough in his simple life. Rose Quartz fell in love with him, and they had Steven together (though she had to give up her physical form for her son to be born, as only one living being can be attached to the gem at a time). While Steven lives at the temple with the Gems, Greg lives out of his van as a reminder of his prime and owns Beach City's car wash: It's A Wash. He loves his son dearly, and the two of them hang out quite often, sharing their musical talents.