Unmarked spoilers up to season five (including trope names) ahead. 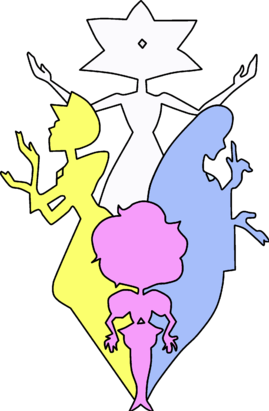 Peridot: The Diamonds are the Gem Matriarchs! Together, they make up the Great Diamond Authority that governs Homeworld and all the outlying colonies! We live to serve them!
Garnet: Ahem!
Peridot: I mean, we were all made to serve them, even though some of us don't anymore.

A particular group of distinguished Gems that command everything on Homeworld and other Gem-controlled planets. They consist of Yellow Diamond, Blue Diamond, Pink Diamond, and White Diamond.