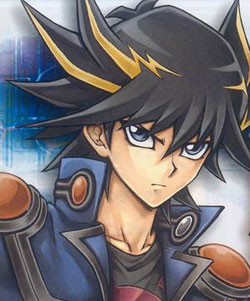 Don't stare too long, now. You'll put your eye out.
"Oh no! My hair's in a mess. Ah — but it always looks like this."
— Gold, Pokémon Adventures
Advertisement:

Specific case of Anime Hair, that happens often in Shōnen series. One or more of the characters, usually a protagonist, have a specific hairstyle — their hair is always a mess, sticks out on all sides, and often looks kind of spiky. This hairstyle often comes with Hot Bloodedness and/or a nature somewhere between rebel, free spirit and Chaotic Good. Somebody could assume it's supposed to symbolize the hero's disrespect for existing rules. Or his dislike for hairdressers. Generally, it looks like our hero doesn't put any effort in his hairstyle and just goes as they are.