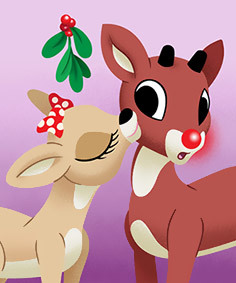 This trope may have its roots in the fact that, on average, human women of a given ancestry have a lighter skin tone than men of the same ancestry and that there is a sexual preference for paleness in women and darkness in men in many cultures throughout the world. To the limited extent that this trope is expected of real-life humans, it's actually an evolutionary adaptation, because darker skin minimizes the risk of skin cancer, but women require large amounts of vitamin D during pregnancy to avoid birth defects, so the risk of skin cancer is outweighed by this need. Also, men tended to work outside more often than women and tan.

This is also true of many other species, especially avians. Males tend to have darker, flashier colors, while females are more drab—peacocks are an especially dramatic example. Some species invert this, notably raptors, where the females are larger, darker, and have more ostentatious markings.

This trope is Older Than Dirt going way, way back in art history. Often the way to discern gender in ancient paintings was by the skin tone. Also, in a lot of anime and manga, the skin color difference between the sexes will be exaggerated.

To invert this, some will go further in the opposite direction than played-straight examples go in the original, such as giving a pale guy a dark-skinned girlfriend, etc...

Toothless and the Light Fury

Toothless and the Light Fury