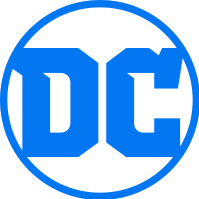 DC Comics, Inc. is one of the Big Two comic book publishers active in the United States today, the other being Marvel Comics. The publishing unit of DC Entertainment, itself a wholly-owned subsidiary of Warner Bros. (and in turn a part of WarnerMedia), it's one of the largest and oldest comic book publishing companies in the world. Most of its material has relied steadfastly on "The World's Greatest Super Heroes" throughout its history, with such iconic names such as Superman, Batman, Wonder Woman, The Flash, Green Lantern, along with an enormous supporting cast of alliances, rogue's galleries, task forces, crime syndicates, and oddities holding its banner high.

To tell the history of this storied company and its exploits would arguably take as much time to explain DC's extensive universe. As an alternative, this is our attempt.

Detective Comics' superheroes proved popular in the 1940s, but with the end of World War II, the genre entered a decline. National Comics managed to hold on during The Interregnum by diversifying into westerns, humour, romance, and scifi, as well as some crime and horror titles which were innocuous enough to escape being censored by The Comics Code.

In the mid-1950s, DC revived their old superhero, The Flash, in order to appear in their anthology Showcase. Rather than bringing back the old character, the writers introduced a new hero with a new secret identity and a scifi-based origin. Following the success of this story, the Green Lantern was similarly reimagined, and National began increasing their superhero output. This practice was copied by several other publishers, most notably Marvel, rising quickly in popularity due to Stan Lee's editorial direction resulting in stronger writing. While Marvel wouldn't challenge DC's absolute sales yet, it was in the sell-through figures where Marvel started shining to DC's growing shock. note This requires explanation: at that time, the standard comic book industry method was to publish a large number of copies with the anticipation that a portion would not be sold on the newsstand and would be returned to the publisher for refunds. So, the real income from publishing would be determined by how much refund money the publisher would have to give up. In the early 1960s, DC's sell-through rate was about 50%, break-even numbers for them, but Marvel was then enjoying a 70% sell-through, which meant that they had refund a lot less money and got to keep the difference as profit. Even though DC, which was distributing Marvel at the time, had screwed over that company by restricting their publishing to 8-12 titles a month, they had a fabulously profitable publishing tiger by the tail.

For their part, DC tried figuring out how Marvel was doing it, but outside Arnold Drake (Creator of the Doom Patrol) and later a teenage Jim Shooter, proved hopeless at it such as they had no clue as to the real reasons. Instead, they guessed at such superficial reasons like the color red or loads of text on the covers, or supposedly the bad art in their eyes like Jack Kirby's was somehow more appealing.note Stan Lee found out about this boardroom guesswork by his rivals and amused himself by defying their conjectures to frustrate them still more.. In 1967, DC managed to get some of this popularity by bringing Steve Ditko over from Marvel, who introduced elements such as flawed heroes and personality clashes during team-up stories. Around the same time, the conglomerate Kinney National Company (who would become the parent of film studio Warner Bros. shortly after) purchased DC Comics, integrating it as a division of Warner Bros. in the process. In the 1970s, DC began to expand into more mature stories, attracting teenagers and young adults who previously considered comics to be exclusively a kids' medium.

In the 1970s, after Marvel's Comics Code-defying anti-drug Spider-Man story, DC jumped on the bandwagon with a slew of 'relevant', social-issue-tackling superhero stories. Most famously, Green Lantern and Green Arrow took a trip across America, fighting such issues as drug use and broken homes. Furthermore, Jack Kirby, the other major co-creator of the Marvel Universe, signed up to create The Fourth World comics such as The New Gods and Mister Miracle. Unfortunately, these titles were ahead of their time: the original GL/GA series was cancelled and eventually revived with a more escapist tone and Kirby's titles all cancelled and he eventually returned to Marvel in the mid 1970s.

However, by the late 1970s, the company was going through rough waters with Marvel finally beating them in sales and DC Comics floundering with titles that began big and then petered out within a few issues. Then the company got a new president, Jenette Kahn, whose first task she had at the first minute was to talk the head of Warner Publishing out of simply having DC stop publishing and just manage their property licenses.

With that successful, she began to reorganize the company to fix that problem. For instance, she created health plans and instituted reprint fees. More importantly, in 1980, she instituted a royalty system for talents where the better their titles sold, the more they would be paid, giving them a stake in a series' continued success. Furthermore, she wooed various Marvel talents like Steve Englehart, Marv Wolfman and George Pérez, who were fortuitously disgruntled with Marvel Editor-in-Chief Jim Shooter's heavy-handed management enough to jump ship.

Unfortunately, Kahn's early marketing efforts did not work out too well, most infamously when a major publishing expansion in 1977 called "The DC Explosion" backfired in part due to a severe winter hampering distribution, into the infamous "DC Implosion," where the publishing line was clawed back. However, Khan and the senior editors took control of their titles' sustainability problem by creating the limited series publishing concept, so they could at least get it under their control by introducing new titles without shackling the creative staff into unsustainable open-ended commitments. Most of the moves paid off, with the most obvious example being The New Teen Titans which became a major success under Marv Wolfman and George Pérez, whose enhanced pay was enough incentive to keep the title going for years. Furthermore, they could show the origins of their original characters in a mini-series Tales of the New Teen Titans without interrupting their main title.

In addition, DC took a chance on some of the talent from Britain and gave some of the promising talents, such as Alan Moore, Grant Morrison, and Brian Bolland, a shot at their lesser titles, such as Saga of the Swamp Thing. The result was an explosion of astounding creativity that signalled the comic book version of The British Invasion. Mainstream comics would never be the same.

DC universes with their own articles

In the late 1980s, DC was responsible for catapulting comics to a new era of respectability and critical acclaim. Part of this was their epic, continuity-shaking Crisis on Infinite Earths, which showed that comics could tell stories as effectively as any novel or movie, while it allowed The DCU to get a needed modernisation. The other was a pair of deconstructive works, Alan Moore's Watchmen and Frank Miller's Batman: The Dark Knight Returns, both of which brought a new level of intelligence and psychological complexity to the medium. They also kicked off the craze for Darker and Edgier, Hotter and Sexier comics, and started the so-called Dark Age. In the wake of this, all the other publishers started copying them, and even the main DC Universe became somewhat darker to accommodate the new tastes.

DC's supernatural paradigm has changed considerably. In the 1990s, with the growing influence of the Swamp Thing and the beginning of the Kali Yuga storyline, DC left behind the Cosmic Good versus Cosmic Evil convention once common in superhero stories. Instead, according to current DC metaphysics, the cosmic battle involves Lawful Neutral (angels, Lords of Order) versus Chaotic Neutral (demons, Lords of Chaos), with both sides fairly indifferent to human perspectives about good or evil. (The only exception to this seems to be the DC version of God, who is Good rather than Lawful, and the Devil, who varies according to the writer.) This cosmic disinterest in good/evil issues has been a major motivation for The Phantom Stranger and Deadman in their choices to side with humans instead of The Omniscient Council of Vagueness of the week.

In the 1990s, with comics enjoying increased sales due to a speculation boom, DC published a series of dramatic, shocking stories, including such events as Superman dying, Batman's back being broken, and Green Lantern becoming a supervillain; sales were impressive, but they quickly dropped off again as the law of supply and demand came to bite speculators in their collective assi. However, DC endured, and continued to publish a number of critically acclaimed graphic novels under its Vertigo, WildStorm, and America's Best Comics imprints. (Other imprints, such as Helix (SF) and Minx (targeted at the teenage girl manga market), have been less successful.)

Since then, DC has continued quite strongly, and in all likelihood will co-dominate the English-speaking comic industry for years to come.

As of September 2011, breaking their tradition of waiting 10 years after the last time with the Infinite Crisis series, DC rebooted their entire universe back to square one to make the stories and characters 'younger and more relevant' to the modern age. This took the form of the New 52 comics revamped, including Superman, Batman, Wonder Woman, the Flash, Aquaman and the Justice League. Eventually, so many fans were alienated by this movenote Such as killing off Jonathan and Martha Kent after decades of being beloved Superman supporting characters in his Post-Crisis adulthood that DC eventually decided to backtrack with DC Rebirth saying the previous revision was Dr. Manhattan of Watchmen's fault.

In 2013, it was announced that DC would be relocating its main offices from New York to Los Angeles to better integrate its multimedia operations.

In 2018, further sub-labels were launched aimed at specific age groups. DC Black Label was originally created as something of a revival of the original Vertigo concept, telling adult-oriented non-continuity stories about DCU characters, before becoming a complete replacement for Vertigo as stand-alone comics were launched under the name. For younger readers, DC Ink (for teen and YA books) and DC Zoom (for preteen readers) were launched before quickly having their names abandoned in favour of the more descriptive DC Young Adult and DC Middle Grade. Both publish graphic novels featuring DC characters in non-continuity stories (and sometimes with a very heavy Retool from the mainstream DCU version), and have recruited writers already established in childrens' and YA prose fiction.