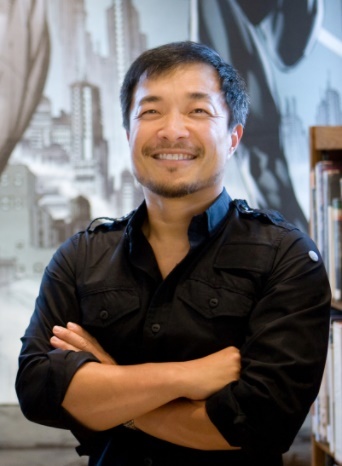 Jim Lee (born August 11, 1964) is a Korean-born American comic-book artist and writer, co-founder of Image Comics, founder of WildStorm, and a publisher at DC Comics.

Starting out at Marvel Comics in 1987, Lee drew for Punisher War Journal and Alpha Flight before becoming famous through his collaboration with Chris Claremont on Uncanny X-Men and its adjective-less spin-off.

In 1991, he and several other artists left Marvel in order to form Image Comics, with him starting Wildstorm as his own studio, but he would end up selling Wildstorm to DC in order to return to writing and drawing.

Wildstorm would serve as an imprint of DC until 2010, when its assets merged with DC and Lee himself was named co-publisher. With Dan DiDio's departure from DC in 2020, Lee became DC Comics' sole publisher as well as the Chief Content Officer for all things adapted from DC Comics within Warner Bros. Discovery.

Comic Books created by him: