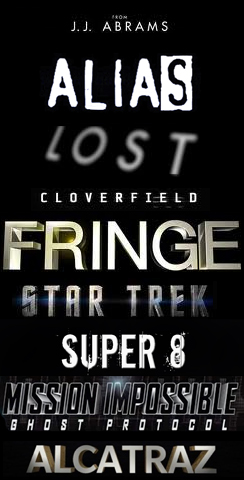 Just a little busy.note Not Pictured: Star Wars, Person of Interest, Lovecraft Country
Interviewer: I want to tell everybody out there, for the record, no new Mike Portnoy projects were started during the making of this interview.
Portnoy: I’m actually not so sure about that.
— Metalholic.com Q&A

on The Adrenaline Mob
Advertisement:

Sometimes a creator becomes extremely popular, and thus extremely in demand. Or perhaps they become so enamored of their own abilities that they believe everyone wants to see the results of every idea they have. Or maybe it's just their natural state, who knows? Or maybe no one else can be trusted to get it right?

But in any event, the creator winds up turning their attention to more than one project at a time, sometimes many more. These projects may have staying power, or they may fall by the wayside fairly quickly. It may result in one of their projects lying dormant for days, months, even years, and then suddenly seeing a burst of new activity as the creator's other projects lie gathering dust for awhile.

Sometimes a creator winds up having this through no fault of their own, as their projects encounter Executive Meddling regularly and they thus have to keep many of them in the air, never knowing which one will be given a chance to survive.

Attention Deficit Creator Disorder (or ADCD) can often lead to the quality of the overall projects (or at least some of them) suffering, or at the very least a Schedule Slip, sometimes regular and sometimes unannounced.

Also, sometimes it's not another project that's causing the creator's attention to wander, but merely that they feel they have something more entertaining to do. If a webcomic has regular bouts of "Did you expect a comic today? Silly readers, Katamari Fantasy XXIV was released today, no updates this week!", you're probably seeing ADCD in action.

Not to be confused with the band AC/DC. Or with Attention Deficit... Ooh, Another Project!

Also shouldn't be used as a substitute for or confirmation of ADHD.