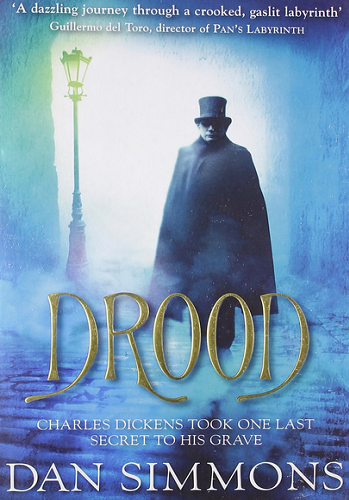 Drood is a Historical Fantasy novel by Dan Simmons, featuring Charles Dickens. It's told from the point of view of his friend and fellow author Wilkie Collins and is about the last 5 years of Dickens's life, written as a memoir by Collins to be read 125 years after his death. The name is taken from the title of Dickens's last, unfinished novel, The Mystery of Edwin Drood. Drood is also a mass murderer that inspired Dickens's original tale. Or was he?